A Dedicated Team: Our Greatest Asset 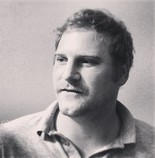 Bio: Chris Reckman is a native of Cincinnati, OH. He has been an active contractor and developer--not to mention resident--in Over-the-Rhine for almost a decade.  He has renovated countless structures both in Over-the-Rhine and beyond, specializing in a hands-on approach designed to deliver efficient results with minimal hassle. When attempting to maneuver within the murky world of wholesale rehabilitation in protected historic districts, it is important to have someone with the experience and vision necessary to get things done.  With both a residence as well as an office in the epicenter of Over-the-Rhine, Chris is both immediately responsive and accessible, and has both the experience and vision necessary to navigate the mine fields to get your project to a satisfying completion. 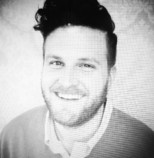 Bio: Bill Draznik is a native of Cincinnati, OH, and a graduate of St. Xavier High School and Dartmouth College. He has been a licensed Realtor since 2007, and has extensive experience in real estate brokerage, development and management.  As a Realtor with Coldwell Banker West Shell﻿, he specializes in single and multi-family rehabilitations, new construction and existing sales. Since 2007, Bill has brokered 155 real estate transactions in Ohio and Kentucky, mostly within a 5 mile radius of the urban core. He has also participated in the development of 468 apartment and condo units, with Total Development Costs of $74.5M. 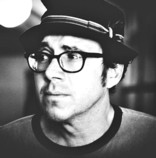 Bio: With degrees from Kalamazoo College, George Washington and Georgetown Universities, Casey Coston is a longtime advocate and resident of Over-the-Rhine.  Coston is also on the Board of Trustees of the Cincinnati Preservation Association; a featured contributor and co-founder with online newsmagazine Soapbox (www.soapboxmedia.com); and the founder of the Urban Basin Bicycle Club, a downtown Cincinnati bike club with in excess of 600 members.  Prior to joining Urban Expansion, Coston was Of Counsel for seven years to Squire Sanders, a global law firm, specializing in corporate restructuring and insolvency. Prior to moving to Cincinnati, Casey was with the Detroit office of Pepper Hamilton, a Philadelphia based firm, and was also a regular contributor to the Metro Times, a popular weekly newspaper in metropolitan Detroit. During that time, he launched the popular "Rubble Rouser" series, in which he raised the profile of Detroit's architectural gems while addressing issues related to urban renewal and historic preservation, business development and just about anything else that popped into his head at the moment. He has taken a similar approach in his role as the "Soapdish" contributor to Soapbox.  http://www.soapboxmedia.com/features/021913cincycrit.aspx.﻿ 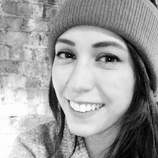 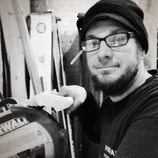